In-Person on Sundays at 10am. Livestream at "LIVESTREAM Sunday" in Sermons section on Home page.

Home Our Beliefs Our Team Director of Worship Arts 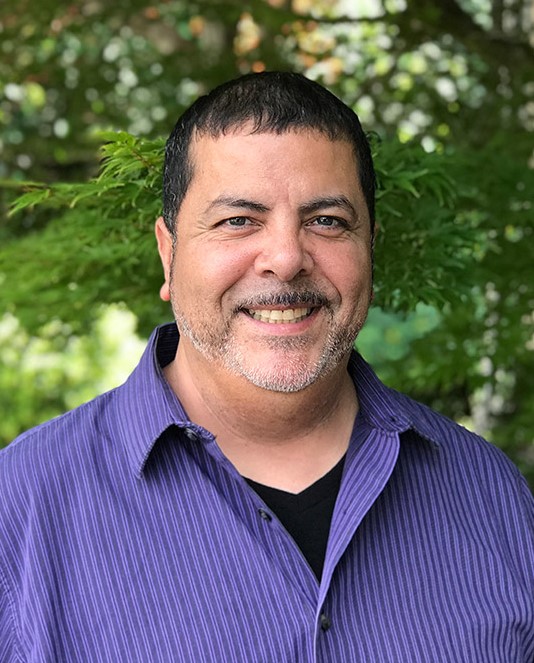 Sam Vijarro utilizes the God-given gifts and experiences he has been blessed with to lead cross-cultural praise and worship at Montage.

I was raised in the Puget Sound area of Western Washington, in and around Seattle.  Even though there was always music playing in the Vijarro household, I didn’t discover my own gifting and love for music until I was a teenager.  Once I joined my high school choir, my career as a vocalist and songwriter began.

After high school, I attended Green River Community College where I pursued and expanded my musical horizons, developing a love for music that wasn’t sacred in nature.

Over the next few years, I began to see my need for the Lord.  I had some really good Mormon friends who lovingly pursued me and, eventually, I became a Mormon myself.  There I remained for several years until some good, Biblically-sound people in my life began to question my faith.  I was open to this conversation, and there began an amazing new chapter in my journey.

Eventually, I went back to college as an older student to broaden my musical depth.  I attended Pacific Lutheran University, where I majored in Music Composition.  Near the end of my time at PLU, I experienced a theological crisis in my life.  This did not come to me suddenly, but after years of researching and soul searching.  Finally, I left Mormonism in favor of the Biblical Gospel of Jesus Christ.

It was also at that time that I began to date Bonnie, the woman who would become my wife.  We attended the church where she grew up and it was there where I first cut my teeth in Christian ministry.  After we were married, Bonnie and I ministered to the youth at the church for five years.  Those days were formative, for I learned a great deal about a life of service – something which prepared me for the subsequent years of serving in music ministry.

In 2012, Pastor Ken Hutcherson brought me into the Worship Arts Ministry at Antioch Bible Church.  There, I gained invaluable experience in the area of cross-cultural worship ministry which continues to guide me as I serve as the Director of Worship Arts here at Montage.

When I am not ministering in worship, I can be found on the racquetball court or in an antique store, book store, or thrift store looking for “treasures”.  I love movies, camping, karaoke, Spanish, reading, children/young people, and spending time with my wife, my good friends, and my relatives.